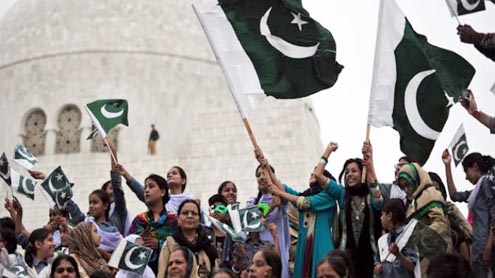 The nation celebrated the Independence Day Wednesday with a renewed pledge to rededicate its efforts towards nation-building as envisioned by Father of the Nation Quaid-e-Azam Muhammad Ali Jinnah.

Special programs were aired to highlight the importance of independence and struggle by our forefathers for an independent country.Newspapers e also published special editions to highlight significance of the Day.President Asif Ali Zardari and Prime Minister Muhammad Nawaz Sharif in their separate messages on the Independence Day have urged the nation to jointly work for a progressive‚ tolerant‚ moderate and pluralistic Pakistan. – Nation