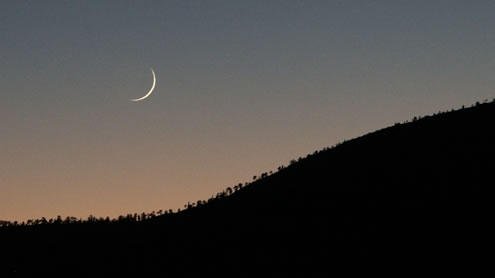 ISLAMABAD: There is a good possibility for Eid-ul-Fitr’s moon being sighted on 8th August (Thursday), the 29th day of the holy month of Ramazan, according to Director General Meteorological Department.

Talking to media on Tuesday, DG Met Office Arif Mehmood said that Eid moon would become visible in the coastal areas of Sindh and Balochistan. He said it was necessary for the moon to attain the age of 41 hours to become visible to the people. The moon will grow older than 41 hours on Thursday (August 8), he added.

However, he said that difficulty may be faced in sighting the moon due to the sky being partially cloudy or overcast. – Thenews