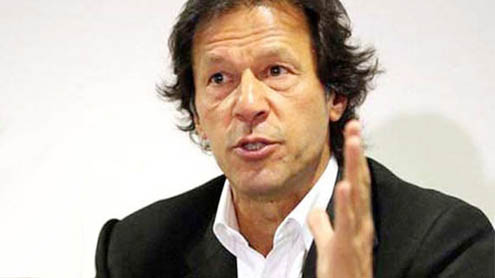 ISLAMABAD: During the hearing of the contempt of court notice issued to Imran Khan, the Supreme Court on Friday termed the reply of the counsel representing the Pakistan Tehrik-i-Insaaf (PTI) chief as unsatisfactory.

Earlier, the Supreme Court issued a notice to the PTI chief over his “critical and derogatory” remarks against the judiciary and judges of the apex court. It said that Mr Khan apparently had tried to incite hatred against the apex court in one of his interactions with the media.

Following the contempt of court notice, Khan arrived at Pakistan’s top court before a three-member bench headed by Chief Justice Iftikhar Muhammad Chaudhry.During the hearing, Hamid Khan, the counsel for Imran, told the apex court that his client could not even think of committing contempt of court.

Chief Justice Iftikhar asked Hamid whether he had prepared a written response to the contempt of court notice issued against his client.Hamid submitted a short reply which said that Khan’s remarks were aimed at the Election Commission of Pakistan and not the Supreme Court.The bench termed the counsel’s reply as unsatisfactory and adjourned the hearing to 11:30 am today. – Dawn