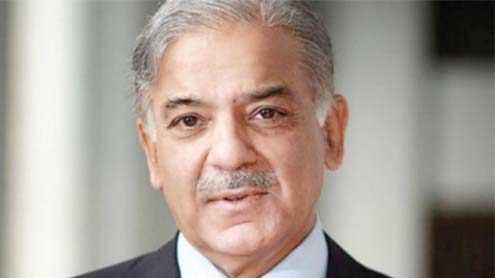 LAHORE: A comprehensive system will be introduced for training of police and a programme for their training on modern lines will be started with cooperation of Turkey to cope with the challenge of terrorism, said Chief Minister Punjab Shahbaz Sharif.

He said provision of prompt and inexpensive justice to the common man and changing of Thana culture is the need of the hour and no effort will be spared for this purpose.He was addressing a meeting of Punjab Cabinet at Chief Minister’s Office, on Thursday which reviewed law and order situation in the province, measures for controlling energy crisis and other issues.

Taking strict notice of the shameless treatment meted out to a father and his son at police station Okara, the chief minister issued orders for immediate posting of DPO, SP Investigation and DSP as OSDs and initiating stern action against the staff involved in the incident.He said such a deterrent punishment be awarded to the guilty officials that no one could even think of indulging in such an atrocious act in future. He said that taking law in their hands by police is extreme savagery.

Provincial ministers, advisors, special assistants, chief secretary, inspector general police and concerned officers were present. Addressing the meeting, the chief minister said martyrdom of a police constable during action against power thieves in a village of Okara was tragic and the elements involved would be awarded stringent punishment.

He said police stations should be a source of provision of prompt and inexpensive justice to the common man and not the place to enact such outrageous acts. He said a high level committee had been constituted to look into the matter and it was the need of the hour that such a system should be evolved for training of police and changing of Thana culture that such incidents do not occur in future.

He said Turkey was ready to help and offered to provide modern equipment and training to police. Referring to the steps taken for controlling energy crisis, the chief minister said all-out resources were being utilised for this purpose and besides using traditional methods, negotiations are also being held with foreign investors and companies for generation of power from alternative resources. He said that there is a vast scope of generation of energy from alternative resources in Punjab.

He further said energy conference will soon be held in the provincial metropolis and measures and recommendations for controlling energy crisis will also be presented to the cabinet. The provincial cabinet paid rich tributes to the CM Punjab for his efforts to resolve energy crises. Earlier, the meeting offered Fateha for the departed soul of the grandmother of Provincial Minister Asif Manhais. Chief Secretary Javed Aslam, Secretary Home Suleman Khan and inspector general of police gave detailed briefing regarding steps taken for overcoming energy crisis and maintenance of law and order. – DailyTimes