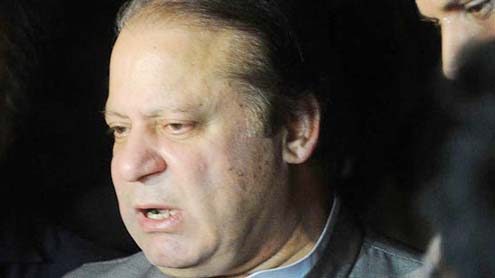 ISLAMABAD: The nominee of the ruling Pakistan Muslim League-Nawaz (PML-N) looks set for a smooth sailing through the presidential election when voting takes place on Aug 6.

The opposition, however, can produce some fight only if it agrees on a joint candidate.Given the party position and affiliations in the four provincial assemblies, the National Assembly and the Senate, if all members vote in accordance with the party lines, no candidate will have the potential to create a hurdle in the way of the PML-N’s nominee entering the Presidency in September after the term of President Asif Ali Zardari expires.

A projected outcome of the presidential poll in case of a 100 per cent turnout shows that the PML-N’s candidate should secure 388 votes. Statistics show that the opposition — comprising the PPP, the PTI and the MQM as main parties — cannot cross the 300-mark even if it succeeds in fielding a joint candidate.The votes will be calculated according to a formula given in the Second Schedule of the constitution. This formula gives equal representation to the provincial assemblies.

The Presidential Election Rules of 1988, devised in the light of Article 41 of the constitution, provide for a 1,170-member electoral college of both houses of parliament and the four provincial assemblies. But the total number of votes, according to the formula, is 702.As 52 seats are vacant in the legislatures, the number of electoral votes this time will be 672.The winner must get a majority of the votes polled.The electoral college comprises 342 members of the National Assembly, 104 of the Senate, 371 of the Punjab Assembly, 168 of the Sindh Assembly, 124 of the Khyber Pakhtunkhwa Assembly and 65 of the Balochistan Assembly.

As the Balochistan Assembly is the smallest house with 65 members, votes in the three other provincial assemblies are to be divided by 65: so 5.7 MPAs of Punjab, 2.58 of Sindh and 1.9 of Khyber Pakhtunkhwa will be equivalent to one vote. On the other hand, ne-member-one-vote formula is applied in the NA, the Senate and the Balochistan Assembly.In the National Assembly, the coalition comprising the PML-N, JUI-F, PML-F, PkMAP, NP and other smaller groups enjoys the support of 218 MNAs, compared to the opposition’s 105.In the Senate, the situation reverses itself as the ruling coalition has 34 members, while the opposition parties have 67. The PPP is still the largest party with 39 members in the house.