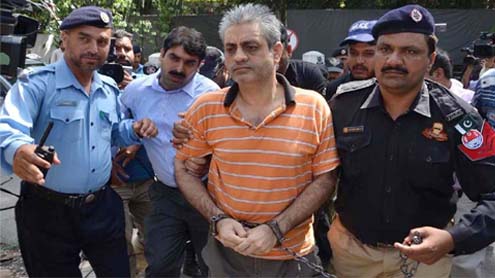 ISLAMABAD: In the much publicised Rs82 billion scam involving former chairman of Oil & Gas Regulatory Authority (Ogra) Tauqeer Sadiq, the National Accountability Bureau (NAB) had been able to recover only a small fraction of the amount, senior officials of the bureau told Media on Monday.

They said that during interrogation of Mr Sadiq NAB realised that it had quoted an ‘unrealistic’ amount of money involved in the corruption case. It can recover only around Rs1 billion which is only 1.2 per cent of Rs82 billion.“After the arrest of Mr Sadiq, NAB finds itself to be in trouble because it has to prove what it had earlier claimed in the Supreme Court that the total corruption amount in the case was Rs82 billion,” said a senior NAB official who did not want to be named.He said the tangible recoverable amount was said to be only around Rs1 billion, and not Rs82 billion.

The bureau believes that most of the loss was caused by faulty decisions of the former chairman.NAB spokesman Ramzan Sajid has no idea how the bureau will recover the entire amount. He told Media: “Whatever amount had been embezzled by Mr Sadiq will be recovered.”Sources privy to the probe said NAB investigators had realised that they could not recover the entire amount (Rs82 billion) and were worried that what they would tell the apex court about recoveries.

One of the allegations against Mr Sadiq is that he had manoeuvred the stock exchange business by raising the price of shares of Sui Northern Gas Pipelines Limited (SNGPL) and Sui Southern Gas Company Limited (SSGCL) from Rs19 to Rs45 and managed to revert it to the original Rs19. That reportedly caused a loss of around Rs500 million to the national exchequer.“If this amount is recovered from the accused it would be given to the two gas supply companies and not to the government,” the senior NAB official said.

Another allegation against the former chairman is that he had issued hundreds of licences for establishing Compressed Natural Gas (CNG) filling stations.NAB officials said that according to their estimate the accused had issued around 500 licences for CNG stations and obtained Rs300,000 for each licence as commission. In this way he allegedly generated a sum of Rs150 million.The former chairman was also accused of permitting shifting of some 80 CNG stations from their approved sites to other places and allegedly received Rs300,000 as commission in each case. In this way he might have managed to make Rs240 million.

If the amount alleged to have been obtained in the three cases is added, the total recoverable amount will be Rs890 million.At present Mr Sadiq, who was brought back to the country from Abu Dhabi on July 9, is on a 14-day physical remand and will be presented before an accountability court in Rawalpindi on July 23.Two former prime ministers — Yousuf Raza Gilani and Raja Pervez Ashraf — have been accused of illegally appointing Mr Sadiq as Ogra chairman.

NAB has issued three notices to Mr Gilani but he has not yet responded, claiming that being a former prime minister he enjoys immunity and that NAB cannot summon him.According to the NAB Ordinance, a person who defies three consecutive notices is liable to arrest.However, no action can be taken against anyone without the approval of NAB chairman. After the removal of retired Admiral Fasih Bokhari as chairman by the apex court, NAB has been without a chairman and, therefore, it cannot take major decisions. – Dawn