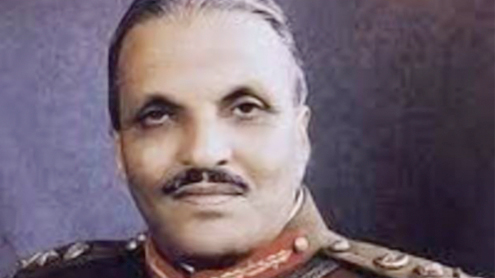 ISLAMABAD / KARACHI: Flashing a spotlight on July 5 as the day in history when military general Ziaul Haq steeped the country in ‘social and political destruction’ 36 years ago, President Asif Ali Zardari called upon people to unite for democratic values.

Describing this day as a ‘Black Day,’ the president said: “It was on this day when a dictator usurped political power through brute force, exploited religion, destroyed the Constitution and state institutions…”

“Indeed the nation is still reeling under the impact of the dictatorial takeover on this dark day.”He lauded that the democratic ethos, marred by the 1977 abrogation, was restored – as manifested by the recent transition of power from one set of civilian leadership to another. – TheExpressTribune