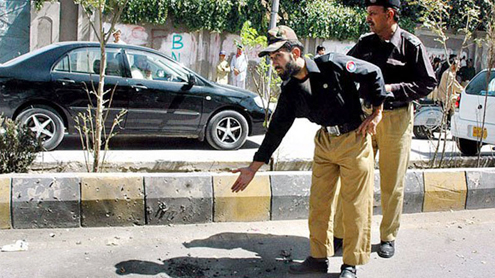 CHAMAN: At least six people were killed and several others injured on Friday in an explosion that took place near the Pak-Afghan border in the Chaman region of Balochistan, Media reported.

According to security forces, the explosion was a suicide attack, which occurred when the bomber blew himself on the road between the Pak-Afghan border, killing six people and injuring several others.Chaman is a small town in the southwestern province of Balochistan and is one of two main crossing points for supplies for American and Nato troops fighting the Taliban in Afghanistan.

Balochistan, which borders Iran and Afghanistan, suffers from a local separatist insurgency. Apart from a long-running nationalist movement, there has also been an alarming rise in sectarian terrorism in the province recently, with ethnic and religious minorities often targeted by militants. – Dawn