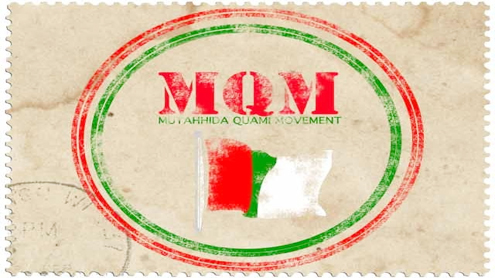 MQM developed gigantic cracks in its party folds soon after the electoral entry of Pakistan Tehreek-e-Insaf (PTI) in Karachi at the national and provincial levels, while the arrest of three suspects – one in London and two in Pakistan – appears to be another factor that has put the party on the back foot in national politics.

It looks visible that the MQM is losing its tight grip in Karachi and Hyderabad gradually, and according to analysts, the middle and upper classes that always looked frightened from it now have started supporting the PTI, being a new political force, which has pledged with the nation at least to rid the country of the clutches of corruption and nepotism.The victory of the PTI’s candidates in Karachi at the national and provincial levels has not only given a new hope to the people of Karachi but has also given a crystal-clear signal that the people are now looking for a good and positive change to put the country on the right track of political stability and revival of the economy.

Interestingly, at a time when the MQM looks to be on the back foot, the constant killing of its workers and elected office-bearers, and the murder of Sajid Qureshi, a member Sindh Assembly from Karachi, have put more pressure on the party, and rendered it undecided – at least for the time being – on becoming a coalition party with the PPP in Sindh and with the PML-N at the federal level.When contacted by Daily Times, defence and political analyst Dr Hasan Askari said that MQM leader Dr Imran Farooq’s murder case and the electoral entry of the PTI in Karachi, together with assassination of MQM workers and leaders, were the main factors that had put it on the back foot.

The MQM, having London’s case pressure, is not in a position to join power in Sindh as a coalition partner with the PPP, and at the same time with the PML-N in the Centre.“They are going through a bad time nowadays, and would like to wait for the good times, or at least adopt the wait-and-see policy, in the given circumstances,” Askari added.According to PTI central leader Hamid Zaman, his party would have bagged more seats in Karachi, Lahore, Islamabad, Rawalpindi and other parts of the country had the general polls been held fair and free and without rigging.

He said that despite the engineered and manipulated rigging by the MQM in Karachi and the PML-N in Lahore and other parts of the country, the PTI had emerged as the third-largest and popular political party. He said the PTI would contest by-elections and the local bodies polls with more vigilance and capture more seats at the national and provincial levels. “A new record in the parliamentary history of Pakistan is that the PTI has emerged as the third-largest party countrywide, and we are ahead of the MQM,” Hamid asserted.

Political analysts are of the view that it was the pressure from London and inside Pakistan that Altaf Hussain dissolved the MQM’s Coordination Committee and announced a new committee, besides other reshuffling in the party ranks.There are 23 members of the new Coordination Committee, of which 10 have been selected for the newly formed Karachi body.Nasir Jamal, Khalid Maqbool Siddiq and Nadeem Nusrat have been selected as deputy conveners for the new committee.Party member Farooq Sattar is now in-charge of the MQM’s international relations and diplomatic affairs committee.

British police – while investigating the 2010 murder of MQM leader Dr Imran Farooq – have taken into its custody a suspect after he arrived in London on a flight from Canada. The suspect has been identified by the counterterrorism detectives as 52-year-old Iftikhar Hussain.It may be recalled that so far around 3,000 people have been interviewed by Scotland Yard officials as part of their investigation of the murder case. Farooq, 50, was a former leader of the MQM and had been living in London in self-imposed exile since 1999.It may be remembered that a few months prior to the arrest of suspect Iftikhar Hussain, the Pakistani law enforcement agencies had also apprehended two suspects in the same murder case, but being a coalition partner of the previous regime, the MQM allegedly managed to keep the information behind closed doors. – DailyTimes