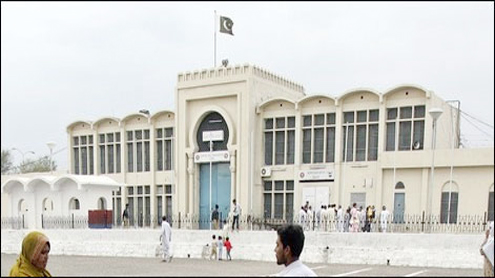 LAHORE: Inspector General of Prisons Punjab Mian Farooq Nazeer has granted formal and informal education remission from 15 days up to 2 years to 561 convicts for successfully passing various exams and memorising the Quran.

Senior Superintendent Central Jail Kotlakhpat Kamran Anjum said a total of 4,734 convicts undergoing different terms of sentences in various jails appeared in examinations from primary to masters level and informal education of which 2,977 qualified.He said that on the special directive of the IG, the services of highly qualified religious teachers have been acquired who teach the convicts daily and impart religious education to them in Dars-e-Nizami and Quran Nazra classes.

He said those working in various sections of the jail factory are entitled to five days remission in a month and those working even on Sunday get six days. The convicts who perform duty at roti plant secured seven days remission.He said that a full-time deputy superintendent jail, assistant superintendent jail and one chief head warden along with other force have been deployed in the factory. He said that output of each and every convict is monitored daily and any inmate showing zero performance is not entitled to remission.

About the quality of food, he said that best hygienic food is being served to them including bread which he claimed is a hundred percent better than what is available in the open market.He said on the special directive of prisons chief, healthy cows and chickens are slaughtered on the jail premises under the supervision of jail doctor and on duty assistant superintendent jail. – DailyTimes