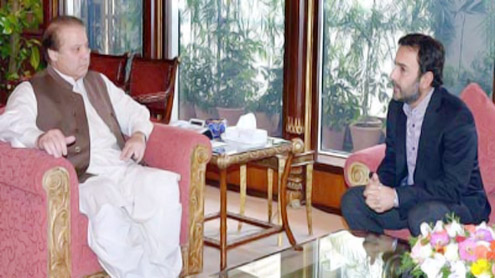 ISLAMABAD: Prime Minister Muhammad Nawaz Sharif on Tuesday said that progress and prosperity were not possible without addressing the energy crisis and pursuing an aggressive economic policy.

The Prime Minister assured him that problems of his constituency and other less developed areas of the country would be resolved and steps be taken to ensure equal distribution of resources. He further said that he was well aware of the problems faced by the people of southern Punjab who had reposed their confidence in his party for addressing their grievances. – APP