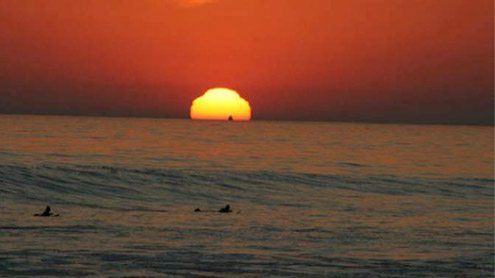 ISLAMABAD: Today (June 22) is the year’s longest day in the countries located in the northern hemisphere including Pakistan. Talking to a private news channel, Director Metrological Department Muhammad Hanif said the longest day is called the “Summer Solstice”.

“Solstice is defined as either of the two time of the year at which the sun is furthest north or south of the equator. While, the winter solstice falls on December 21 in these countries”, he added.However, he said the longest day on June 22 marks the peak of summer when the sun comes closest to the northern hemisphere. The countries located on the Southern hemisphere will experience the longest day on December 22, he added.

Director said the day-night equation will remain the same for a couple of days in Pakistan and the sun will shine around 14:30 hours but the process of a gradual shift in time like late sunrises and early sunsets will begin in the last week of June.On March 21 and September 22, the met spokesman said day and night were of equal length, adding that the process was known as equinox. The word solstice is derived from the Latin words meaning “the sun” and “to stop”.

June is also the month of weddings in Europe. It is also interesting that the first or only full moon in June is called the honey moon. Earlier, this was the best time to harvest honey.Hot weather to stay.Plains of the country remained in the grip of heat wave on Friday with experts predicting the prevailing harsh weather conditions to persist during the next couple of days.  Nurpur Thal and Bhakkar remained hottest places in the country where mercury rose as high as 47 degree Celsius.

High humidity and lack of winds turned the weather muggy, causing people to sweat profusely at noon and in the afternoon.  People avoided unnecessarily coming out, reducing traffic on otherwise busy arteries at noon and in the afternoon.On Friday, maximum and minimum temperature in Lahore was recorded 41 C and 28 C respectively. Relative humidity in the evening was recorded 31 percent.

Lahore canal, as usual, attracted a large number of people including women and children. Defying ban, not only youth but also elderly people were seen bathing in the canal water. At certain places, even women were seen beating the heat by taking a dip in the mud coloured water.According to the experts, seasonal low lies over northwest Balochistan and adjoining areas.Local meteorological department has forecast mainly hot and dry weather for most parts of the country including Lahore during the next couple of days. – Brecorder