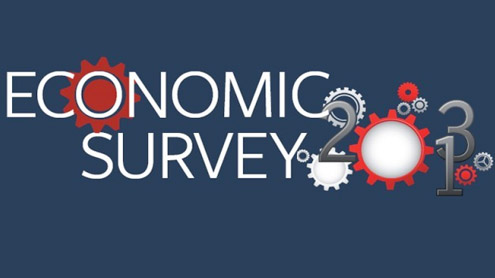 KARACHI: Pakistan is sixth most populous country in the world with an estimated population of 184.35 million in 2012-2013.

Each year the number of human beings is on the rise, but the availability of natural resources, required to sustain this population, to improve the quality of human lives and to eliminate mass poverty remains finite.Resultantly, these resources are becoming scarce and incapable of fulfilling ever increasing demand of population. The main affectees of increasing population are the developing countries where population growth rate is higher than developed countries while availability and use of natural resources is scarce as compared to developed world. However, this issue can be handled by advancement in technology and human resource development.

Increased investment in the technological development and higher labour productivity through improvement in education, health and training facilities are the main modes of increasing productivity of human resources.People are living longer in both industrial and developing countries because of increased access to immunisation, primary health care, and disease eradication programs. In Pakistan, life expectancy has also increased from 65.8 (female) and 63.9 (male) in 2010-11 to 66.1 (female) and 64.3 (male) in 2011-12.

The adult population is considered as wealth of a nation in terms of human resource. Adult population (15-59) has increased from 104 million in 2011 to 110 million in 2013. This age structure of a population affects a nation’s key socioeconomic issues. These people are economically productive and they comprise the working population.

Nevertheless, the rapid growth in this group can become problematic, if they are unable to find employment. However, the government with appropriate polices can utilise this youth bulge for the development of the economy. The population in third group (60 years and above) has shown a mild increase i.e. less than one million during 2011 to 2013 period. Total fertility is a general term covers the relationship between the current population (typically the current female population) and current numbers of births.

Total fertility rate represents the number of children that would be born to a woman if she were to live to the end of her childbearing years and bear children in accordance with current age-specific fertility rates. The fertility rate has rapidly declined in those countries which achieved major improvements in child survival rates and educational levels and have implemented family planning programs as well.

The increased access to family planning is helping parents to control the number and spacing of their children. In addition, with greater access to education and jobs more women are starting their families later and are having fewer healthier children. The fertility rate is continuously declining and reached at 3.3 in 2013. There are number of reasons for declining fertility rates in Pakistan. However, the main reasons are the introduction of the family planning methods, increased workforce participation by women and increased costs of child rearing. – DailyTimes