by Top
in Balochistan, Featured, Pakistan
0 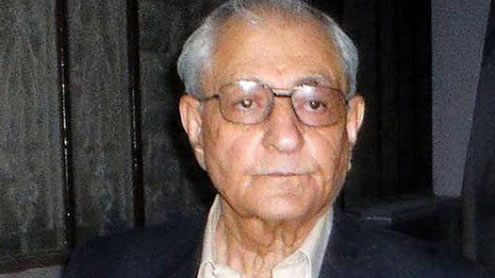 The new governor is one of the most prominent Pashtoon political families of the province. His father, Abdul Samad Khan Achakzai, was an eminent personality of the province . He is the elder brother of the Chairman of Pakhtunkhwa Milli Awami Party (PkMAP), Mehmood Khan Achakzai.

Muhammad Khan Achakzai has served as a senior bureaucrat and economist in the federal government. He is considered to be an upright person. He got his early education at his hometown Gulistan and later moved to Quetta from where he got secondary education from the St Francis Grammar School (Senior Cambridge). Later, he got his higher education from Howard Kennedy School (Master in Public Administration), USA, and University of Strathclyde, Glasgow, Scotland (M.Sc Economics).

He is also the member of the Pakistan Red Crescent Society. He is fluent in Pashto, Persian, Urdu besides English. His appointment as governor has been a part of the power-sharing formula among the Pakistan Muslim League-N, National Party and PkMAP under which the provincial government was formed and announcement to that effect had been made by the PML-N chief Mian Muhammad Nawaz Sharif in Murree.

It is pertinent to mention here that the PML-N chief had then announced Dr Abdul Malik Baloch as a consensus candidate for the slot of the chief minister. He had also announced that the next governor of Balochistan would be from PkMAP. – Onlinenews