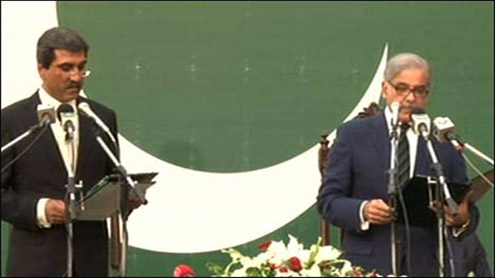 LAHORE: Mian Muhammad Shahbaz Sharif Thursday took oath of the office of the Punjab Chief Minister at a solemn ceremony held at the Governor House.