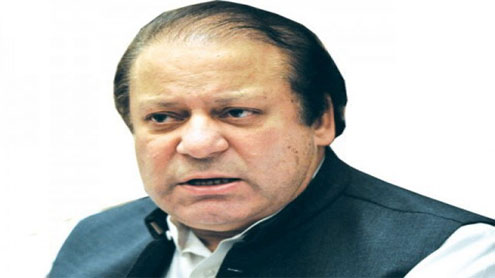 ISLAMABAD: The Parliament House premises and open spaces outside it saw unprecedented rush on Wednesday as a large number of visitors thronged the House to witness the election of new Prime Minister.

It was a rare scene in the Parliamentary history of a country, where on May 11 first smooth transition of power from civilian to an elected government took place since independence in 1947.As the PML-N activists knew that Mian Nawaz Sahirf’s election as Prime Minister was sure given their numerical strength, they had come in large numbers to greet their leader on this historic day.

The National Assembly session was scheduled to start at 11am, but several PML-N workers started arriving in the Parliament House even before 9am to witness the proceedings of the House which was going to elect Mian Nawaz Sharif as Prime Mnister for a record third time after a gap of nearly 14 years. Besides party workers, top military and civil officials, journalists and others had come to witness the proceedings of the House. There were long queues of vehicles on the four-lane Constitution Avenue and at the entry gates of Parliament House and traffic police personnel spent a hectic day to ensure smooth flow of traffic.