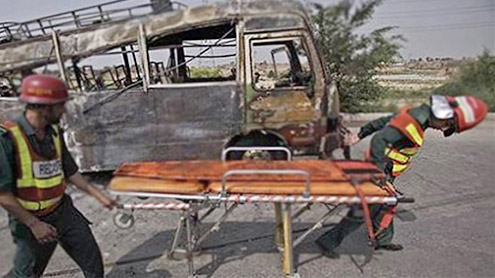 GUJRAT: At least 17 children were killed and 10 others sustained injuries when a gas cylinder installed in the school van they were travelling in exploded near Gujrat’s Kot Fateh area on Saturday, Media reported.

According to police, the incident occurred when the van suddenly caught fire after its gas cylinder exploded.Initial reports said the school van was carrying at least 20 to 25 children.Moreover, rescue teams reached the site of the incident and started their operations. Injured children were shifted to a nearby hospital. – Dawn