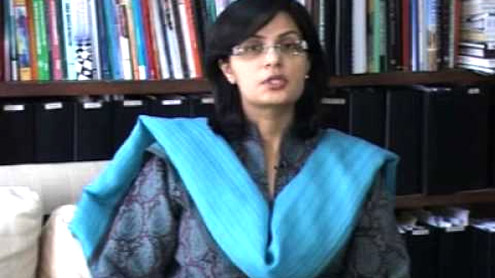 ISLAMABAD: The unabated interference by the prime minister’s secretariat into affairs of the Ministry of Information Technology (MoIT) has irked MoIT Dr Sania Nishter who remained absent from all high-profile functions held in honour of the Chinese premier Mr Li Keqiang.

“Dr Sania Nishter is unhappy with the continuous interference into affairs of her ministry on the alleged orders of the caretaker prime minister Mir Hazar Khan Khoso. She was noticed owing to her mysterious absence from all functions held for the visiting Chinese premier,” a source in the ministry told Pakistan Today.The source said the prime minister’s secretariat was exerting pressure over Dr Sania Nishter, who also has charge of Ministry of Professional Training and Education, to withdraw a notification of devolution of Jinnah Postgraduate Medical Center (JPMC) from the federal government to the Sindh government.

“Pressure is also being exerted on the Sindh government in this regard,” the source added. The JPMC was devolved in year 2012 under the 18th constitutional amendment under a commission led by Senator Mian Raza Rabbani.An official close to Dr Nishter said she had lost interest in the affairs of the ministry and had left for Geneva to attend an international moot regarding her NGO.“She has left for Geneva. Her absence from functions held for the Chinese prime minister reflects that she has no interest with the ministry anymore,” the official said.

Dr Sania Nishter is the wife of Ghalib Nishter, former president of the Khushhali Bank, and granddaughter of Pakistan movement leader Sardar Abdur Rab Nishter. She runs an NGO called Heartfile.Earlier, Dr Nishter had also expressed her irritation when on April 23 the prime minister had transferred Shahid Rashid, the then secretary of information technology without prior knowledge of the minister and Zafar Qadir, an officer on special duty (OSD), had been appointed as secretary information technology.

Earlier, member IT Amir Malik and member legal Kamran Ali of the IT ministry had also been removed without assigning any reason allegedly after both officers had refused to endorse the signing of $150 million Gota project MoU. Both officers allegedly had opposed the move but the trio surrounding the prime minister got their contracted terminated.Dr Sania Nishter had told media that she was never consulted over removal of both the officers and the action was taken without taking her into confidence. Nishter had said she would meet the prime minister to get the termination orders reversed. – PT