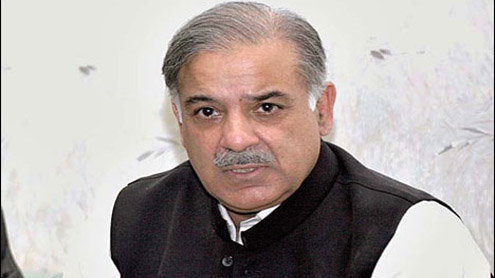 It is a unique distinction of the Sharif brothers that they will hold the highest office of the province for the fifth time, as earlier, Nawaz held the office twice in 1985 and 1988, and later, Shahbaz served on the same position in 1997 and 2008.After the nomination, Shahbaz Sharif will assume the office of the chief minister for his third term, making a record of assuming the said position and ruling Punjab for the longest time.

Seasoned politician Mian Manzoor Wattoo, who has now joined the PPP, is the only leader to have assumed the same office for three terms, between 1993 and 1996.PML-N sources confirmed that Shahbaz Sharif, who has not only won three provincial seats – PP-159 and PP-161 from Lahore and PP-247 from Rajanpur – but has also bagged two National Assembly seat in the recent election, would now leave the National Assembly seats and serve the people of Punjab as the chief minister.

The sources also informed that he was considering holding only the Lahore constituency seat PP-161, giving up all other seats of Punjab and National assemblies. The party is considering some proper candidates on these seats as alternatives in the by-election, the sources said.The party sources said that though Nawaz had nominated Shahbaz Sharif for the chief minister’s slot in Punjab, and the party seems agreed on the decision, formal announcement would be made after the approval of the PML-N Punjab Parliamentary Committee prior to the Punjab Assembly session, which has been summoned on May 29.

Sources were of the view that Shahbaz Sharif would likely be elected the chief minister in Punjab Assembly on June 1, soon after the election of the speaker, and the deputy speaker of the provincial assembly.In the first session of the provincial assembly, MPAs-elect would be sworn in by existing Speaker Rana Iqbal. On the second day of the (first) session, the speaker and the deputy speaker of the assembly would take oath, while on the third day, the chief minister, who is also the leader of the House, would be elected. –  DailyTimes