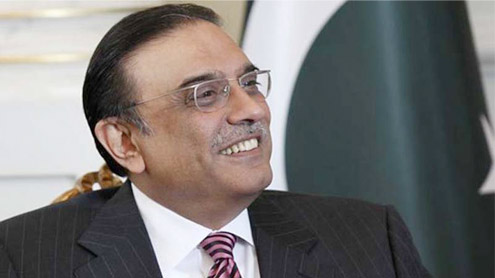 LAHORE : President Asif Ali Zardari, who arrived here from Islamabad on Sunday afternoon on a two-day visit, would preside over a meeting of the Punjab PPP leaders on Monday.

President Zardari attended a dinner hosted by the South Asia Free Media Association.A rumour was doing the rounds in the city that Mr Zardari would visit PTI Chairman Imran Khan who is being treated in the Shaukat Khanum Hospital for injuries he suffered from a fall during an election rally.But Imran Khan has reportedly shown little interest in receiving the president.Presidential spokesman Senator Farhatullah Babar said Mr Zardari was not scheduled to visit the hospital. – Dawn