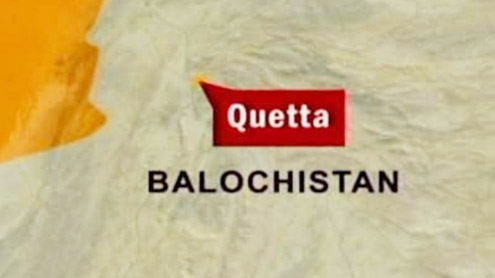 He stated this while addressing a press conference here on Thursday. Baloch accused that NP candidates were deliberately declared unsuccessful through rigging in some constituencies, including PB-50. “Ballot papers were brought after 48 hours through helicopters and an opposition candidate was declared winner from PB-50,” he said, adding that how PML-N’s candidate Akbar Askani, who did not even run his election companion, could win the elections.

He said that NP had submitted application against the rigging to the ECP and would strongly protest throughout the province if the grievances were not removed. “If our grievances were not removed we will go the people,” he added.To a question, Baloch said that meeting of central committee had been called on May 19 to take final decision whether to join the government or not. However, he said that understanding had reached between NP and Pashtoon Khwa Milli Awami Party (PKMAP).

He said a government of the PML-N, NP and PKMAP could be formed which would play its role in resolving the issues of Balochistan.However, he said, no change could be brought in the province if the people who ruled past five years were included.The NP leader said that Mian Nawaz Sharif should take real representatives of Balochistan into confidence while forming the provincial government otherwise , he said, the situation would go out of control.Responding to a question, he said that NP and Balochistan National Party (Mengal) had made no contacts, adding that new government should be formed on the basis of sincerity that could help resolve the issues. – Nation