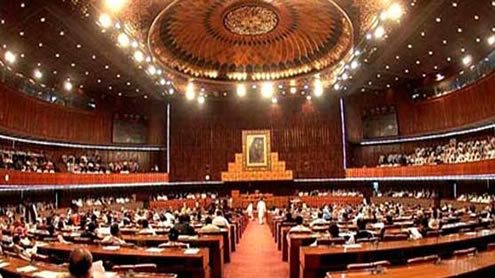 ISLAMABAD – Though there is jubilation in the PML-N camp, experts opine that the slot of prime minister would prove to be a hot seat rather than a splendour for Nawaz Sharif, who may become the only politician to make such a privilege for a third term.

Law and order, security, energy, finance, extremism and terrorism are the immediate challenges for the next prime minister who would also have to remove misunderstandings with the local and international establishments.

In an exclusive talk, Shah said any sort of confrontation may incite unnecessary problems for the PML-N chief. “Nawaz has a history of attracting confrontation with the army, judiciary and media and he was ousted from the prime minister’s office halfway in both his stints in the past.”

“There are a lot of issues in the centre as well as the provinces to be catered to by the new government(s). Consultation may prove beneficial rather than confrontation as there a lot of subjects which need immediate attention,” he added.

Dr Shah said the paralysed economy needed immediate attention by the new prime minister and the new government would have to plug loopholes in tax collection system and exemptions would have to be removed forthwith.

“I think that the government would have to improve the tax collection system and taxation should be made mandatory across-the-board,” he added. Shah said tax reforms process might take four to five years.

“Nawaz would have to bring in transparency in financial matters. I think the IMF should be his immediate stop and he would also have to initiate dialogue seeking some review in balance of payments. If new loan is not received and instalments are paid on a regular basis, the new government may face a financial crisis as the foreign exchange reserves are enough for four months,” he added.

Dr Shah said the new premier would also have to seek some aid from the US, Saudi Arabia or China for immediate financial relief as energy sector needed immediate focus.

“I suppose Nawaz should seek to develop consultative groups on economic matters while some good economists should also be inducted to look after the important subject of economy,” he asserted.

“India has been raising the security issues with Pakistan for several past years and they are seeking action against Jamatud Dawa (JuD), Lashkar-e-Tayyab (LeT). Now it would be a predicament for Nawaz as how to deal with this issue. You know religious extremists, especially JuD and LeT, are major support base for the PML-N. Let’s see how the new PM would face this challenge,” he said, adding that if Nawaz took some drastic steps in this regard, it might insight misunderstanding with the army.

He said the heavy mandate to the PML-N was due to energy crisis and the bad governance of the PPP regime. “The governance issue is due to terrorism and economic situation,” he said and added that 800 billion revolving loan was mandatory to resolve the economic issues.

He said it would have to be seen if the new PM had learnt from history as it would now be mandatory to deliver as the people wanted immediate deliverance from the mess created by the PPP regime. – Pakistantoday