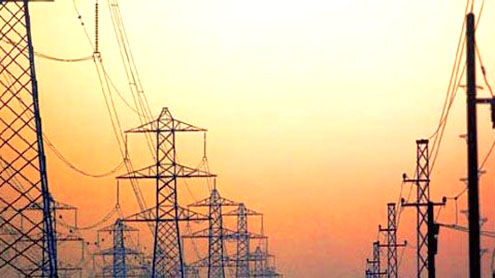 KARACHI: The Karachi Electric Supply Company (KESC) has made an urgent SOS call to the federal and provincial governments for release of payments against government dues of Rs 71 billion.

In a distressed message sent to the government, KESC has said that the power utility is facing a severe liquidity issue due to huge outstanding receivables from various federal and provincial entities. KESC is in desperate need of these funds to pay Pakistan State Oil (PSO) and Independent Power Plants for furnace oil supply to maintain the current load shedding regime in the city.

It is feared that the load shedding duration will go as high as 14 hours a day across Karachi and parts of interior Sindh and Balochistan if immediate steps are not taken by the government. Considering the law and order situation in the city and the forthcoming general elections, it is critical that KESC is able to run its generating plants and maintain the current load shedding regime.

KESC has informed the government that the utility has so far been funding its fuel purchases through short term bank borrowings at its own expense, however, this won’t be possible going forward as the company has already extended its allowable short term borrowing limit. To avoid this looming power crisis and associated socio-political repercussions, KESC has requested the federal government to immediately release at least Rs 25 billion of KESC’s receivables directly to PSO to ease the state-owned fuel supplier’s liquidity position and help ensure regular supply of furnace oil to KESC.

In addition, KESC has also requested the government of Sindh to urgently release the first installment of its Rs 22 billion Karachi Water and Sewerage Board receivable, directly to Sui Southern Gas Company (SSGC). KESC further resolved that as soon as SSGC increases the gas supply to last year’s level of 200 million cubic feet per day, it would immediately exempt all seven industrial zones of Karachi from lead shedding in line with its more than three year old policy. KESC expressed the hope that the government will play its role to end the 10 day long industrial load shedding of eight hours that is caused by inadequate gas supply to the power utility. – DailyTimes