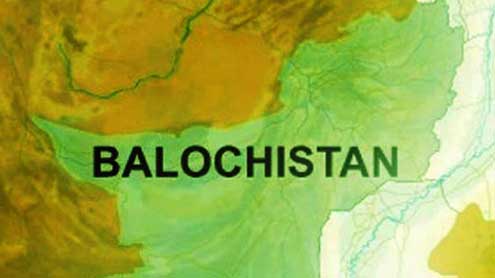 QUETTA: Following the refusal of the teachers to perform their duties in the sensitive areas of Balochistan, the provincial government has hinted at taking stern action against the defiant teachers.

The teachers have threatened to boycott the election duty in the entire province if the government goes ahead with its plan. Government Teachers’ Association has put forward the proposal that either army officers be appointed as presiding officers in the sensitive areas or the teachers should be given fullest security from one district to the other. In the backdrop of the refusal of the GTA Balochistan to perform duties in 12 sensitive districts of Balochistan, the provincial government formed a negotiation committee to hold dialogue with teachers.

GTA Secretary General Muhammad Qasim Khan Kakar and others held negotiations with the government committee. The teachers’ representatives said that the districts of Khuzdar, Kalat, Awaran, Washuk, Mastung, Kech, Gwadar, Panjgur, Nushki and Kharan were sensitive, and therefore the teachers would not perform their duties during elections in these areas. They added that the teachers are nation builders and would always perform national duties but this time situation was not congenial to perform duties in these areas.

They said that the GTA had informed the government in black and white regarding their decision of not performing duties in these districts. Expressing strong reaction on the statement of the home secretary that action would be taken against the defiant teachers, the members of GTA said that they would boycott election duty in the entire province if any such action were taken.

Speaking on the occasion, GTA President Muhammad Nawaz Jattak said that teachers could not be compelled to perform duties in such a way, adding that the GTA would not allow teachers to be a scapegoat. On the other hand, All Teachers Association Balochistan (AGTA) announced to take out rallies across the province on May 2, lay siege around the Chief Minister’s House on May 7 and later set up a hunger strike camp on May 8 if its demands were not met.

Addressing to a press conference at the Quetta Press Club, AGTA President Mujeebullah Gharsheen said that teachers have announced to not perform duties in sensitive districts and if government remained persistent, they would go on strike. The government of Balochistan, on the other hand, seems busy in preparation of elections and the contingents of army have been dispatched to the district of Mastung, Khuzdar, Kharan, Washuk, Turbat, Panjgoor, Gwadar, Dera Bugti, Kohlu and Nushki on the request of the provincial government to look after the security issues during elections, said the sources. – DailyTimes