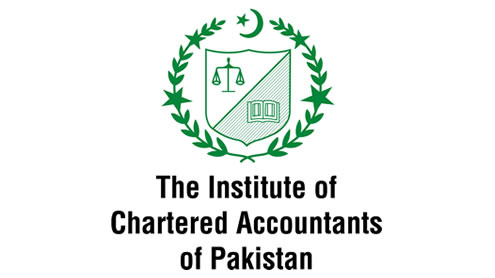 KARACHI: The Pre–Budget Seminar 2013-2014 was organized by Southern Regional Committee (SRC) of the Institute of Chartered Accountants of Pakistan (ICAP) recently to finalize the Institute’s recommendations to be submitted to the Government of Pakistan for the Federal budget 2013-2014.

Speaking on the Economic Outlook of Pakistan, Dr. Shahid Hasan Siddiqi depicted glomming picture of economic indicators which was thought provoking for all participants. He highlighted that such an adverse economic scenario requires revolutionary corrective measures to bring the ailing economy back on track.

Shaikh Saqib Masood, Chairman ICAP Taxation Committee presented the proposals given by ICAP for the upcoming Federal Budget 2013-2014 with details and shared ways how effectively FBR can create deterrence and improve tax collection. The session chairman Mr. Rehmatullah Wazir, Chief Commissioner Larger Tax Payers Unit, Karachi, emphasized on the effective role that Parliamentary Committee on budget can play by collecting proposals and feedback from all stakeholders and then translating them into legislation via Finance Act.

He agreed with most of the proposals for the Federal Budget presented by ICAP. Mr. Wazir also emphasized on revenue collection by Provinces which can be significantly increased from its current level. He also commented on lack of enforcement and suggested utilization of NADRA database to bring people into tax network. The Chief guest of the seminar S.M. Shabbar Zaidi, Minister for Finance, Government of Sindh emphasized that federal budget 2013-2014 is crucial for future economic stability and security of Pakistan.

He highlighted many basic issues faced by government including undocumented economy, short fall in taxes, transparency and priority in use of funds, policy tilt towards trade verses industry, perennial shortfall in not foreign exchange and lack of basic economic research and consequent reliance on western ideas. He emphasized that government is mainly responsible for primary facilities like education and it can’t be left for privatization.

He said the all inclusive growth needs to be adopted. Mr. Zaidi also deplored lack of economic research by academic institutes. He highlighted that there is no check on wrong policy-making and that there is sole reliance on western research which may be correct but lack patriotic and nationalistic soul. At the end he emphasized on the economics of the common man that should be the real national priority. The seminar was attended by a large audience including members of the Institute and professionals from various sectors. – Onlinenews

Buzzing Brazil: Rio really is the life and soul of the Party