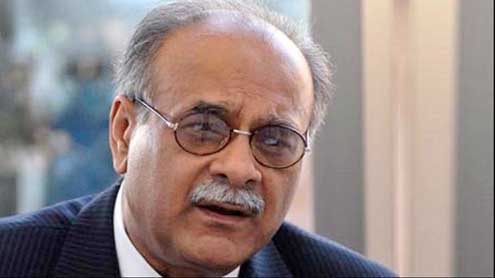 The Chief Minister said that he had also met delegations of Federation of Pakistan Chambers of Commerce and Industry, Lahore Chamber of Commerce & Industry, All Pakistan Textile Mills Association, prominent industrialists and traders so that all stake holders could be taken into confidence regarding the steps taken by Punjab government for saving electricity and improving the situation.

He appealed to All Pakistan Newspapers Society, Council of Pakistan Newspapers Editors and representatives of media to play their due role for solving this national issue and they should not be limited only to reporting but play their effective role for overcoming energy crisis by utilising their relations as the role of media in moulding public opinion was very important.

He expressed these views while talking to the office bearers and members of Executive Committee led by President APNS Sarmad Ali who called on him at Chief Minister’s Secretariat here on Wednesday. Difficulties being faced by newspaper industry, peaceful and transparent conduct of elections and load shedding were discussed.Secretary Information Amjad Hussain was also present on the occasion.Najam Sethi said that Punjab government had decided to observe two holidays for saving electricity and also taken effective steps regarding energy conservation in government offices.

He said that ban on the use of air-conditioners in government offices before 11am had been imposed whereas orders had been issued to switch off extra lights. He disclosed that a coordinated action plan had been evolved in this regard which was being implemented strictly. Najam Sethi said that the government should first serve as role model for saving electricity and then appeal to the masses for cooperation. He vowed that after the completion of the tenure of caretaker Chief Minister, he would continue to play his due role for minimising load shedding. He said that sincere efforts were being made to provide relief to the masses.

He said that power crisis is a national issue and decision would have to be taken for resolving this issue by keeping the national interest upper most. He said that the law and order situation was being monitored round the clock for ensuring holding of peaceful elections.He said that it was a national responsibility and had to be discharged in an efficient manner.The Chief Minister said that Punjab government was implementing an effective strategy for the uplift of health sector and prevention of communicable diseases. He said that due attention had been paid to saving the children from measles and the treatment of the affected children.

He said that an effective strategy had also been evolved to cope with any possible outbreak of dengue. The Chief Minister expressed his desire to do whatever possible for resolution of problems of common man.APNS office-bearers, while speaking on the occasion, said that no political party had raised objection to the appointment of Najam Sethi as caretaker chief minister which was a proof of his impartiality and excellent qualities. The delegation also assured full cooperation to the Chief Minister in providing relief to the people facing load-shedding and holding transparent and peaceful general elections. They said that the media appreciated the efforts of Chief Minister regarding reducing load shedding. – DailyTimes