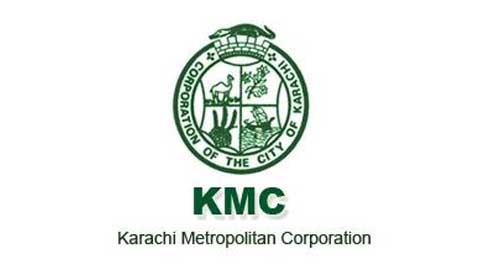 KARACHI: The construction work of four major flyovers at different traffic intersections along Shahrah-e-Pakistan, started in June last year, has virtually been halted as Karachi Metropolitan Corporation (KMC) is struggling to get funds from the Sindh government, it has been learnt.

A sum of Rs1.73 billion was estimated for the construction of these flyovers. The estimated cost of a flyover at Water Pump and Ayesha Manzil roundabout is Rs493.95million each, while the one proposed at Dak Khana Intersection had to be cost Rs472.52million and the flyover at Teen Hatti roundabout had an estimated amount of Rs267.65million
for construction.

Frequent snarl ups are witnessed almost on daily basis on busy thoroughfares including Liaqatabad no 10 and Ayesha Manzil roundabouts where half-done construction has been shelved due to dearth of funds.Sources told that KMC officials were in contact with the provincial government to get funds for completion of the flyovers.“These flyovers could be completed by June 30, 2013, the estimated time for project completion, if Sindh government immediately releases Rs 300 million,” a KMC official told Media.

Talking to DT, the Director General KMC Technical Services Department, Niaz Soomro, said, “The construction work on all projects of Shahre-e-Pakistan is underway without any halt.” He told that the contractors of all four flyovers were different. When asked about the dearth of founds, Soomro said the funding of would be made in different phases.In the first phase, half of the flyovers are scheduled to be completed by June 2013, however, the rest will be completed by June, 2014.”

He informed that he had also requested the local government minister, who paid an inspection visit to Liaqatabad recently, to provide Rs 100 million so that work on all the flyovers could be expedited and their completion within time could be ensured.Interim Sindh Local Government Minister Muhammad Jafar Khwaja said all-out efforts were being undertaken to get required funds released for completion of four flyovers by the stipulated time.

During a visit to construction site couple of days ago, the minister said caretaker chief minister Justice (retd) Zahid Qurban Alavi and Governor Sindh Dr Ishratul Ibad had directed the administrator Karachi and provincial finance secretary to devise a proper strategy for spending on development projects and release required funds for the flyovers in this regard. – DailyTimes

Elite sixty that get (s)elected