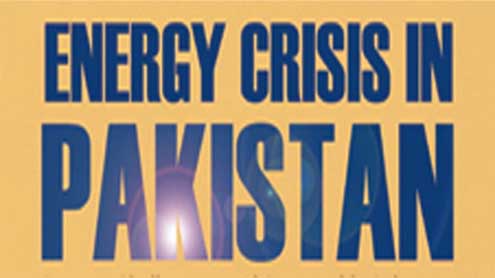 LAHORE: As threats of countrywide protests and strikes by trade unions loom over the energy crisis, the caretaker government has been unable to work out a solution, despite a key meeting between the government high-ups and industrialists at WAPDA House on Sunday.

On the other hand the federal ministers said their priority was domestic consumers, keeping in view the general election on May 11. The meeting decided that there would be another meeting at 1pm today (Monday).It is pertinent to mention that this meeting on Sunday was a follow-up of the Saturday’s meeting of caretaker CM Punjab Najam Sethi with both federal ministers and APTMA leadership, where the CM had asked the ministers to resolve the energy problem of textile sector by Sunday morning.

APTMA leader, Gohar Ejaz said that so far their problems remained unresolved. He said that in the Sunday’s meeting they had demanded 5 days gas supply and uninterrupted electricity supply since the country had the capacity to produce 13,500 megawatts, which is more than last year’s corresponding period, when the industry was having load shedding exemption.Ejaz said countrywide strikes were still an option if the deadlock did not end on Monday. The trade unions and many citizens are viewing the energy crisis as a conspiracy against the people, industry and businesses of Punjab.

“We will not stop our mills and render our labourers jobless. We will continue running our captive power producers and continue using gas and if our electricity is stopped forcefully we will come on the roads and register FIRs against the officials involved,” announced APTMA central leader Gohar Ejaz. He has also threatened the SNGPL and Discos of coming pouring on the roads along with their 10-million-strong textile workforce.On Saturday LCCI Executive Committee meeting decided to stage protest demonstration on April 27 (Saturday) against unprecedented power and gas outages.

The meeting was informed that LCCI is convening a meeting of all chambers of commerce and industry in Punjab and all trade associations on April 23 (Tuesday) for taking them on board for the protest demonstration.LCCI President Farooq Iftikhar too warned of protests.“On the one hand industrial units are not running up to their capacity whereas on the other hand they are paying markup and other dues for all the 365 days of the year besides salaries to their workers,” Farooq Iftikhar adding that unscheduled and repeated power outages have put their existence at stake.

He also feared massive lay offs in the wake of new wave of gas and electricity outages.The LCCI president said that distribution company staff were approaching industrialists and seeking illegal gratification against continuous supply of electricity whereas the government claims that there is an acute shortage of power. The government should take a strict action against such officials who are trying to promote ‘Bhatta Culture’ in the province. – DailyTimes