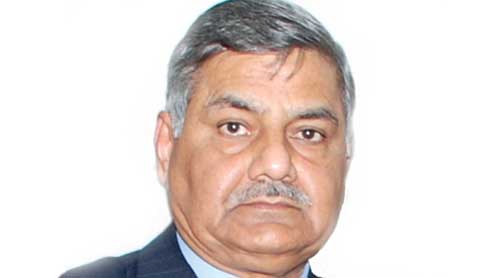 LAHORE: Inspector General of Punjab Police (IGP), Aftab Sultan has said that 97,000 police personnel will be recruited for three days for holding free and fair election and to maintain law and order.

Addressing a press conference here at IGP Office on Tuesday, Aftab Sultan said that eight personnel would be appointed for every A category sensitive polling station while four would be arranged for others.He said that free and fair election was the top priority of Punjab police and the department would ensure full implementation of the code of conduct of the Election Commission of Pakistan.He also asked the media to highlight violations of the code of conduct anywhere and the police would take strict action against it.

He told the media that all national leaders and political party heads faced threats.“Providing security to the top leadership of the Pakistan Muslim League-Nawaz, Pakistan Peoples’ Party and Pakistan Tehreek-e-Insaf as well as other political parties is our utmost priority,” he added.To a question he said unnecessary security had been withdrawn from the Sharif brothers and more security would be provided or removed, if needed.

Aftab Sultan added that any kind of political pressure during elections would not be tolerated and all newly appointed regional police officers and district police officers had been directed in this regard.The IGP told the media that eight out of nine RPOs and more than 50 percent DPOs were newly promoted who were not given any chance before it and all transfers, postings were made purely on merit.He said security could not be provided to all candidates and asked them to contact private security companies registered with the Home Department. – DailyTimes