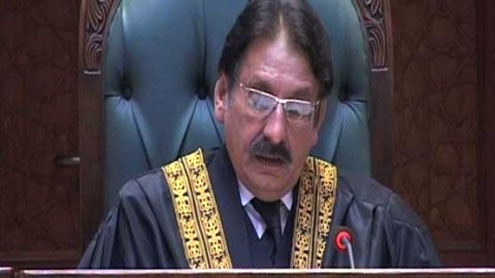 The notice was taken on a note by the SC registrar based on press clipping containing details that Ashraf doled out billions of rupees in form of development funds after having completed his mandated tenure.It was stated that the beneficiaries included sons of former prime minister Yousaf Raza Gilani, namely Ali Musa Gilani and Abdul Qadir Gilani.

The report claimed that official documents revealed that around Rs 2.5 billion were transferred by Ashraf for his own constituency.The news report mentioned names of 69 politicians in all who drew billions of rupees in the form of development fund.Notices have been served on the cabinet and finance secretaries to appear and explain if the funds belonging to the public exchequer had been allocated in accordance with the constitution and law. – PT