US to support Pakistani youth for higher education 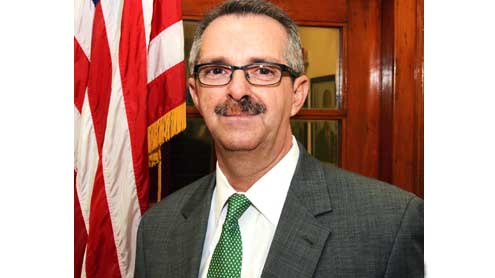 US to support Pakistani youth for higher education

MANSEHRA : US Consul General in Peshawar Robert Reed on Saturday said his country would continue to support Pakistani youths in higher education and English language courses with the financial assistance by the United States Agency for International Development (USAID).

“The construction of faculty of education building at Hazara University is the evidence of our commitment to development of Pakistani youths. We have been providing them with higher education and will continue to bring more such programmes and projects for Pakistani youths,” he said during a certificate distribution ceremony on the campus.Certificates were given to students, who have completed English course under English Access Micro Scholarship Programme.

The US consul general said under English Access Micro Scholarship Programme, more than 6,000 male and female students of various Pakistani universities were attending different English courses.“This programme is launched not to teach English to Pakistani students but it is a strong effort on behalf of USAID to bring the people of the two countries closer,” he said.Mr Reed said the youths attending English courses under the programme would not only compete internationally but could also put their country on way to prosperity and development though science and technology.

He praised Pakistani students for being hardworking, saying he was much satisfied with the performance of participants and hoped that they would use English language to bring the people and culture of both countries closer.Hazara University Vice Chancellor Dr Sakhawat Shah, who was also in attendance, said efforts of the US consulate general for promotion of English language in the country were commendable.

“In fact, English language has become the basic tool of learning internationally. The countries ignoring it and not teaching it to their youths will lag behind in science and technology,” he said.M Shah said USAID had not taught English only to 100 students of Hazara University and other colleges in Mansehra but it had been taught to 100 families. He said learning of English language would bring revolution in the relevant people’s life.