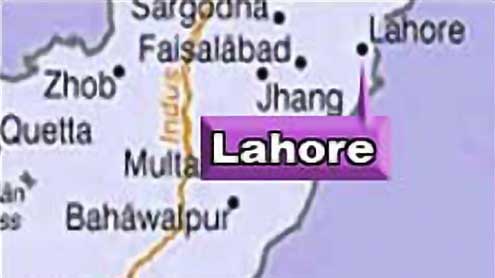 LAHORE: An inquiry into a multi-million rupees scam in the Livestock and Dairy Development (L&DD) is most likely to be closed without recovery of the amount involved.

Out of the total eight officers suspected of their involvement into the scam, six have already been exonerated, while the remaining two, DG Dr Irfan Zahid and Director Dr Anwar Hussain are also likely to get scot-free only with a minor penalty at some later stage. Ironically, the inquiry committee has not fixed responsibility for misappropriation of Rs 74 million, as the guilty officers have only been charged of showing negligence. The question who actually embezzled the amount still remains unanswered.

The ex-Chief Minister Mian Shahbaz Sharif had constituted a three member committee comprising Secretary L&DD, Secretary Special Education and Secretary Housing to look into the matter of two officers but the committee has not met even once.Earlier, a special committee constituted by the L&DD Secretary to probe the embezzlement charges had exonerated all the eight officers observing that they had no involvement into financial misappropriation.

Sources in the department confided to this scribe that the two officers who have been finally held responsible were placed under suspension twice for 180 days. Interestingly, under the rules, these officers should have been reinstated after expiry of this period on January 20, 2013. But the same has not been done as the committee has not yet decided their fate.

All eight officers including DG Irfan Zahid, ex-directors (AH) Anwer Hussain, Abdul Rauf, Mansoor Ahmad Khan, ex-DLOs Saeed Akhtar, Allah Diwaya Khosa, Ijaz Qadeer and Ruken ud Din were placed under suspension for the first time in July 2012 and then the period was extended in October for another 90 days.The competent authority in March 2013 reinstated six officers without prejudice to the outcome of the anti-corruption case subjudice in the court.

Commenting on the development, the Secretary L&DD Irfan Elahi said that under the recommendations of the inquiry committee report the said officers were exonerated and reinstated devoid of any prejudice to the case in Anti Corruption Court Lahore. “As per the committee report no financial embezzlement could be proved against the DG and the Director (AH) who were not reinstated but they were found responsible because of their negligence as Director Rawalpinid area, the Secretary held. He said the department wrote to the Chief Minister pleading extension in the suspension of the two officers for the third time but the CM made a committee to further investigate the matter.

The committee could not meet as one of the members was transferred and the administration submitted summary to the competent authority requesting either to give another officer or allow the two members of the committee to proceed. The department will act upon the recommendation of the committee regarding fate of the two officers, Elahi adjudged.The Milk Processing Plant took off in 2006 in the districts of Layyah, D.G Khan, Jhang, Muzaffargarh and four districts in the central Punjab with headquarter in Sialkot at a cost of Rs 1152 million.

All the officers implicated in the scam to the tune of Rs 74 million were arrested by the Anti Corruption Establishment (ACE), put behind the bars, suspended from service and tried in the court of law. But the inquiry found no embezzlement of funds.An officer of LDD department, however, said that all the eight officers implicated into the scam had in fact nothing to do with the embezzlement which was done at some other level. He said that a glance at PC-1 of the project also confirms that the officers who were passed through the departmental scrutiny had no other role but that of coordination.

According to him, the project was executed by a steering committee headed by Chairman P&D and comprising Secretary Finance, Secretary P&D, Secretary LDD, CEOs of Idara-e-Kisan, Punjab Rural Support Program and some senior officials of the Livestock department.Giving more details, he said that as per the PC-1, Planning and Evaluation Cell of the LDD department and P&D department were assigned the task of monitoring and evaluation. Seeking anonymity, the officer pointed finger at the P&E cell for the embezzlement. – TheNation