Entire bureaucracy of Punjab will be changed: CM 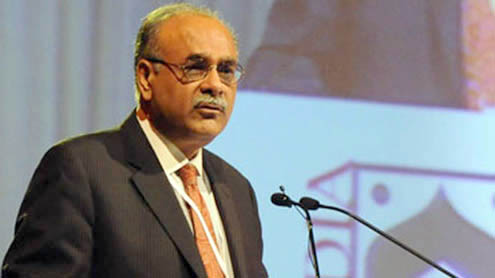 Entire bureaucracy of Punjab will be changed: CM

LAHORE: Caretaker Chief Minister Punjab‚ Najam Sethi has said the whole bureaucracy of Punjab will be changed in a week.

Sethi said the cabinet would be from five to six ministers and he is trying to bring the good character persons in his cabinet.He said the IG Police Punjab is being appointed till this evening in accordance to the Supreme Court's directives.Earlier in their meeting with the Najam Sethi, PML (Q) had demanded to introduce changes in Punjab’s bureaucracy.

According to media reports, President of Muslim League (Q) Chaudhary Shujaat Hussain and former Deputy Prime Minister Chaudhary Perez Ilahi noted that the former Chief Minister of Punjab appointed blue-eyed bureaucrats in certain departments. The transparent elections cannot be held unless there is impartial bureaucracy in the province, they maintained.At this the Caretaker Chief Minister was of the view that the decision to change bureaucracy would be taken after meetings with the officials of the Election Commission. – OnlineNews

Tappi’s influence may cause more defections