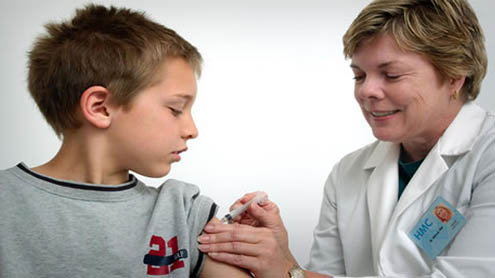 Scientists have shown that a combination of immune cells and antibodies could pave the way for a universal vaccine against influenza, says a study.

Seasonal epidemics of influenza result in nearly 36,000 deaths annually in the US, according to the Centers for Disease Control.Current vaccines against the influenza virus elicit an antibody response specific for proteins on the outside of the virus, specifically the hemagglutinin (HA) protein.Yearly vaccines are made by growing the flu virus in eggs. The viral envelope proteins, including HA are cleaved off and used as the vaccine, but vary from year to year, depending on what flu strains are prevalent.

However, high mutation rates in envelope HA proteins result in the emergence of new viral types each year, which elude neutralization by pre-existing antibodies in the body.On the other hand, other immune cell types are capable of mediating protection through recognition of other, more conserved parts of HAs or highly conserved internal proteins in the influenza virus, reports Science Daily.E. John Wherry, PhD, associate professor of Microbiology and director of the Institute for Immunology at the Perelman School of Medicine, University of Pennsylvania, and colleagues, report in PLOS Pathogens that influenza virus-specific CD8+ T cells or virus-specific non-neutralizing antibodies are each relatively ineffective at conferring protective immunity alone.

But, when combined, the virus-specific CD8 T cells and non-neutralising antibodies cooperatively elicit robust protective immunity.This synergistic improvement in protective immunity is dependent, at least in part, on other immune cells — lung macrophages and phagocytes.An implication of this work is that immune responses targeting parts of the virus that are not highly variable can be combined for effective protection.”The two-pronged approach is synergistic, so by enlisting two suboptimal vaccine approaches, we achieved a better effect than each alone in an experimental model,” says Wherry.”Now, we are rethinking past approaches and looking for ways to combine T-cell vaccines and antibody vaccines to make a more effective combined vaccine.” – KahleejNews