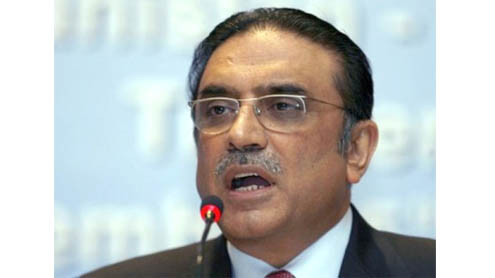 ISLAMABAD: Having researched intensively all these days, President Asif Ali Zardari has handpicked two nominees for the slot of caretaker prime minister from his party, the PPP, sources said.

The president had chosen Dr Adeeb Rizvi and Kassim Lakha, both from Karachi, as PPP’s nominees for the caretaker premier, well-placed sources told The Nation.They said Prime Minister Raja Pervaiz Ashraf would put down these two names in case he and Chaudhry Nisar Ali Khan, the opposition leader in the National Assembly, failed to achieve a consensus on the three names the PML-N had proposed.

The PML-N had shortlisted Justice (retired) Nasir Aslam Zahid, Justice (retired) Shakirullha Jan and Palejo from Sindh for the top slot after consultations with the various political groups.But sources close to Prime Minister Ashraf said that none of these three names were acceptable to the PPP-led ruling coalition, and that is the reason that National Assembly Speaker Dr Fehmida Mirza had formed an eight-member parliamentary committee to pick up one out of the four names, two each from the PPP-led ruling alliance, and the opposition parties, including the PML-N.

Sources said Nisar Khan would submit his response to the prime minister’s letter on Monday (today) following their talks to achieve a consensus over the names for the top slot proposed by the opposition parties.Sources were not much upbeat about the positive outcome of this meeting, and insisted that the ruling PPP would eventually succeed in getting one of its nominees chosen either by the parliamentary committee or by the chief election commissioner.

Sources feared that the ruling alliance would outmaneuver the main political rival, PML-N, in this cumbersome process of selecting a caretaker prime minister.Sources further said that one of the two PPP’s nominees from Karachi who is eventually dropped from the race for caretaker prime minister office would be considered as caretaker chief minister in Sindh. – nATION