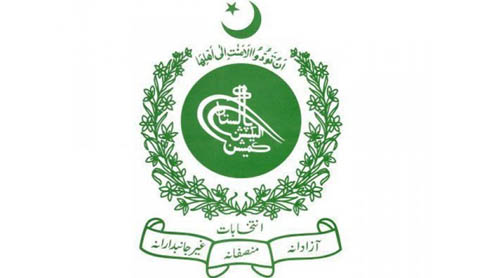 Faced with resistance from government and a general apathy of the lawmakers to its demands for certain changes in nomination papers for the sake of greater transparency in elections, the election commission finally dug its heals and announced to ‘exercise its authority’.

The election commission of Pakistan (ECP) on Monday said it is going to print the amended nomination papers sans the president’s approval, following calls from different quarters that the commission must assert itself and opinion of many jurists that the electoral body can go ahead with its plan of better scrutiny of candidates without any authorisation from the parliament and the president.

“Today it is 11-3-2013 and as the printing of the nomination forms has to start, therefore, the commission cannot wait for the president’s approval any longer,” the ECP said in a statement, upon the expiry of the three-day deadline it gave to the government on Friday. The statement also cited constitutional instances to justify its decision.

“In these circumstances, the commission is of the view to print the proposed nomination form without waiting for the approval of the president. The legal basis for this is that (i) it is the mandate of the ECP to conduct free, fair and transparent elections under Article 218 of the constitution; (ii) the approval of the president under Section 107 of RoPA (The Representation of the People Act) is merely a formality; and (iii) the honourable Supreme Court of Pakistan has stated in the Worker’s Party (case judgement) that the ECP ‘is empowered and independent to do all that is necessary to fulfil its constitutional mandate and instruct that it do so’.“

The RoPA’s Section 107 states, “The commission may with the approval of the president, make rules for carrying out the purposes of this act.” The commission’s decision came as President Asif Ali Zardari was in Iran on Monday in connection with the groundbreaking ceremony of Iran-Pakistan (IP) Gas Pipeline.According to sources, the ECP has asked the Printing Corporation of Pakistan to have 100,000 copies of the amended nomination papers printed. Of them, half of the copies (50,000) are for the provincial assemblies and the rest half for the national assembly, the officials said. Reportedly, the nomination papers would be printed in around or over a week after which they would be distributed to the district election offices across the country.

The law ministry had objected to the amendments and Law Minister Farooq H Naek’s publicly opposed this ECP initiative. This prompted the commission to give a three-day deadline to the government on Friday, to have the president’s approval by March 11. Otherwise, the commission earlier said, it would have the un-amended version of the nomination papers. But on Monday the ECP decided to get the amended nomination papers printed.

The ECP, in its Monday’s statement, said that it had sent the amended nomination form for president’s approval to law ministry on 20-2-2013 but law minister on 7-3-2013 said that he had a number of objections. The ECP asked the minister to submit his objections immediately for consideration which he did on 8-3-2013. “A reply was immediately sent on behalf of the ECP on the same date wherein it was stated that the ECP did not agree with the objections of the law ministry and requested the ministry to send the proposed nomination form to the president for approval latest by 11-3-2013.”

When contacted in Karachi, Chief Election Commissioner Justice (r) Fakhruddin G Ebrahim said that the ECP took the decision with mutual understanding and consensus. “I discussed this issue with the members (of ECP) and all of them supported the idea that we should go ahead with printing the amended nomination papers since we are constitutionally empowered to do so,” he told this scribe by phone. – PT