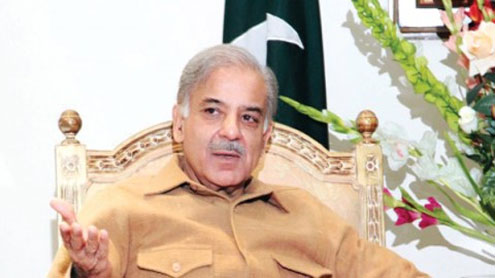 LAHORE: Punjab Chief Minister Shahbaz Sharif submitted on Thursday his application form for the Pakistan Muslim League-Nawaz’s ticket to participate in the general election in the Model Town Party Secretariat.

The chief minister submitted the application forms for the constituencies of National as well as Punjab assemblies. The chief minister also deposited the required fee along with his application form.Speaking on the occasion, Shahbaz said that Pakistan was passing through a critical phase, and the country was confronted with serious problems like extremism and militancy. He said the next general election was not only just for the change of government but for the survival of the country.

Shahbaz said he had rendered selfless services to the people during the last five years, and considers himself answerable to God and the masses. He said the country had drowned in darkness, while load shedding and unemployment had made the lives of the people miserable. He said the condition of the country would not have been so bad if the incompetent federal rulers had solved the problems of the people. – DailyTimes