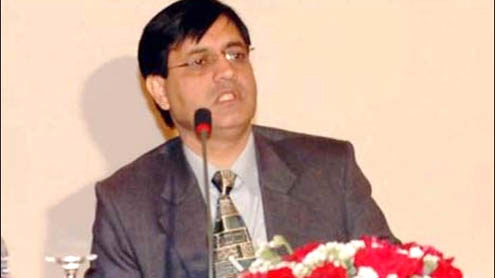 ISLAMABAD: The main accused in the OGRA corruption case, Tauqir Sadiq has been brought back to Pakistan through Interpol.

Tauqir Sadiq was brought back to Islamabad from Dubai on PIA flight 212. After corruption allegations were brought against Sadiq, the Supreme Court took suo motu notice and ordered that he be arrested and brought back to the country. A reference has also been filed against Tauqir Sadiq by the Rawalpindi Accountability Court. The NAB prosecutor had sent a three-member team to Dubai for his arrest, which included a CID officer of the Punjab police.

The team had returned unsuccessfully after not having the necessary documents, but returned later with the required papers. Tauqir Sadiq has Rs 82 billion corruption allegations against him. He had been appointed during the tenure of former prime minister Yousaf Raza Gilani. On 25 November last year, the Supreme Court had declared Tauqir Sadiq’s appointment as OGRA chairman illegal, ordered NAB to investigate corruption cases against him and submit a report in 45 days.  – PT