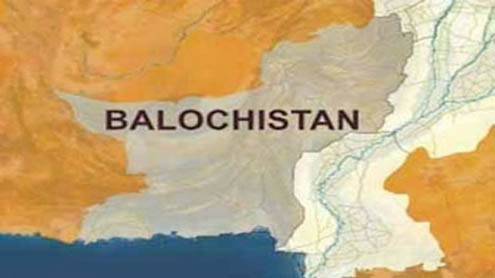 The chief justice issued notices to Balochistan chief secretary, Zhob commissioner, federal and provincial home ministries on the issue. Balochistan additional prosecutor general had filed an application in which he said that Prosecutor General Wasay Tareen went missing when he was travelling to Islamabad from Quetta in connection with official work.

Advocate Sajid Tareen, brother of Wasay Tareen, told newsmen that the family had lost contact with Wasay two days ago when he was travelling towards Islamabad in connection with hearing of cases in the Supreme Court. Sajid said that he last contacted his son from Zhob and since then the family is totally unaware of his whereabouts. Meanwhile, Balochistan Bar Association President Rehmatullah Bareech and other senior lawyers expressed serious concern over the disappearance of Wasay Tareen and demanded the government take active steps for his recovery. BBA has also announced a boycott of courts today (Friday) over the issue. – DailyTimes

Nisar to respond to Raja’s letter on caretaker PM soon

Nisar to respond to Raja’s letter on caretaker PM soon