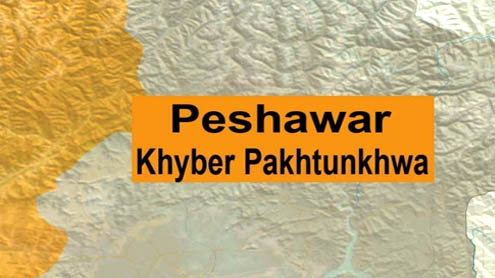 The provincial government has been contemplating on using different viable water reservoirs for the last few years to provide drinking water to Peshawarites, who are currently consuming the water of tube-wells.The feasibility survey of the mega water scheme was in final stage, sources said.According to an expert, water consumption in Peshawar is 22,500 gallons per hour. Keeping in view the rapid increase in the population of the provincial capital, the Greater Water Supply Scheme Peshawar (GWSSP) would be sufficient to fulfil the needs of the dwellers till 2040, he said.

The expert said that after execution of the project, Peshawarites would stop using ground water that would help to increase the water table, which had been going down for the last few years owing to rapid establishment of tubewells and misuse of water.“In this way we will preserve underground water for our future generation,” he said.Sources said that it was under consideration that water of any of the four dams — Warsak, Munda, Bara and Jabba — would be used to execute the project. However, out of those only Warsak Dam existed while the remaining three dams were in proposal stage, sources said.

Warsak Dam is located in Mohmand Agency adjacent to the settle areas of Peshawar district and Munda dam would be built both in Shabqadar tehsil of district Charsadda and Mohmand Agency. Both are in the north of Peshawar. While Jabba and Bara dams would be built in Khyber Agency on the western border of Peshawar.Warsak Dam was deemed as the main source of the water and first option for execution of the project when the idea of GWSSP was introduced few years ago. The Jabba and Bara dams were considered minor sources of water for execution of the project.

Later, when experts visited the site, it was found that Warsak Dam was silty as compared to other dams. After deliberation of experts, Munda dam was chosen as the second main source of water for execution of the project.According to sources, drinking water from Jabba and Bara dams would be supplied to Hayatabad, University Town, Peshtakhara and other high lying area of the provincial capital while water to the low lying area of the city would be either supplied from Warsak or Munda dam.

Initial cost of the project execution from Munda dam was around Rs50 billion while from Warsak it was Rs45 billion. Difference of cost was due to difference of distance of both dams from Peshawar. However water of the Munda dam was clean than the Warsak dam.The estimated operation and maintenance cost of providing  water from Warsak Dam to Peshawar was around Rs1.5 billion per annum. However, sources said that the amount would be reduced considerably if water was supplied from Munda dam.“It is likely that more preference will be given to the Munda dam, which is more feasible because of its height, as water will flow to all the targeted areas without pumping,” they said.

On the other hand, water from Warsak Dam would be supplied to some areas through pumping, sources said, adding the provincial government might not be in the positions to finance the project rather it would negotiate with the federal government and donors to support it in execution of the project.Presently, sources further said, in most of the areas of Peshawar water was contaminated that caused waterborne diseases among the consumers, particularly children. – DailyTimes