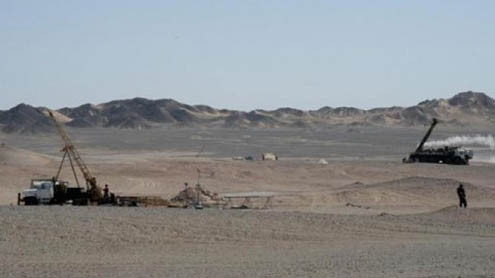 LAHORE: NESPAK a state organisation of consulting engineers has achieved a breakthrough by securing a dam project in Afghanistan.

According to a press release on Wednesday, NESPAK is the first Pakistani firm, which would design the dam on the Farah River in Bakhshabad. The representatives of the Ministry of Water and Energy government of Afghanistan and NESPAK signed the contract agreement of the project. The $500 million Bakhshabad (Farah Rud) Dam Project consists of a dam, a powerhouse, appurtenant structures, a barrage 60 kilometers downstream of the Dam, left and right main irrigation canals and irrigation command area.

NESPAK will provide services for detailed design, tender drawings and preparation of bidding documents. The Ministry of Water and Energy Afghanistan has termed the project as the first of its kind by a Pakistani company in Afghanistan. The dam will be financed by the Afghan government funds, once completed the project is expected to meet all the irrigation and energy needs of Farah province. The Dam’s storage capacity will be more than one billion cubic meters.

At the same time, it can irrigate more than 68,000 acres of agricultural land and produce about 27 megawatts of electricity, which can meet the electricity needs of Farah province, said Muhammad Ismail Khan Minister of Energy and Water Afghanistan. It is a great honour for Pakistan NESPAK has won this mega project through an international open competition, which shows Company’s recognition as a world-class consultant, not only in Pakistan but abroad as well. About 545 large, medium and small dams will be built or refurbished across Afghanistan. About 111 of these dams are a priority for the Ministry. – DailyTimes

10 Things to Know for Thursday

10 Things to Know for Thursday