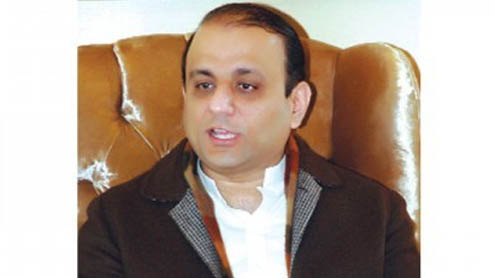 LAHORE: Around 2,000 members of the Pakistan Tehreek-e-Insaf (PTI) from Lahore have elected Abdul Aleem Khan as their new president and Rasheed Bhatti as the general secretary after a close contest, during the party election.

In the party election for Lahore city, Aleem Khan defeated Mehmoodur Rasheed, the former president of the PTI Lahore, while Rasheed Bhatti defeated Hafiz Farhat Abbas for the seat of PTI Lahore secretary with a good margin, party sources confirmed. The PTI’s Election Commission was recounting the votes for both the seats, and had not announced the formal result until the filing this report. However, the party sources confirmed that Aleem and Bhatti have won the election.

The sources said that Aleem got 826 votes against Mahmood’s 626 votes, while Bhatti bagged 628 votes against Farhat’s 585 votes. Sources said that a total of 1,980 voters were registered, of which only 1,840 polled. Aleem has previously served as the provincial minister for information and technology during the tenure of General (r) Musharraf. He was elected as an MPA from the PML-Q ticket from Lahore in 2002. A year back, he joined the PTI and was willing to contest the upcoming general election from the same seat.

Former parliamentarian and seasoned politician Rasheed Bhatti belongs to the south-western area of the Lahore city and is also willing to field himself in the next general election from the PTI platform. He is also a newcomer to the party, but has remained an active leader. Three other candidates were also in the race for president and secretary. They were: Faroq Amjad Mir and Naveed for the seat of president; and Hamad Azhar for the seat of secretary. However, they did not succeed in attracting party workers-cum-voters. – DailyTimes