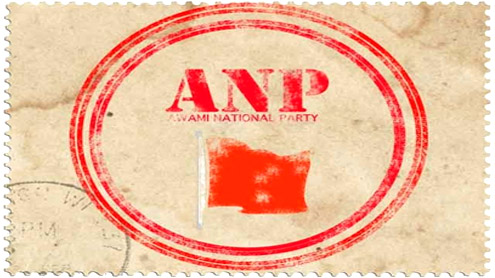 LANDI KOTAL:  The Khyber Agency chapter of Awami National Party has made a woman its vice-president for the first time in its history.

Ms Naheedur Rehman holds master’s degree from Peshawar University and is the younger sister of ANP MPA Mehr Sultana.She basically belongs to Zakhakhel tribe but her family has long been settled in Peshawar. Her ancestral village is Tora Vella in Landi Kotal.Members of Ms Rehman’s family have long affiliations with ANP.Her father, Fazlur Rehman, served as ANP, Peshawar city president a few years ago.

ANP, Khyber Agency president Shah Hussain Shinwari told Media that Ms Rehman’s appointment had been made after the central executive committee of the party directed the local leadership to induct at least two woman office-bearers in all its units and agency chapters.He said long ago, Durre Shahwar Mohmand was made part of the ANP, Mohmand Agency cabinet.“She is now an active member of the cabinet and regularly attends its meetings,” he said.

Mr Shinwari said Ms Rehman was an educated and talented woman and that the leadership hoped that she would popularise the party among Fata women.Meanwhile, ANP provincial senior vice president Imran Afridi on Saturday announced to contest the coming elections from his home constituency of Bara.Imran Afridi belongs to Bar Qambarkhel tribe and has been associated with ANP since his school days.The party had stopped him from contesting the last elections for being an undergraduate and therefore, his family fielded Mohammad Saeed, who lost the contest to Hamidullah Jan Afridi by a narrow margin. – Dawn