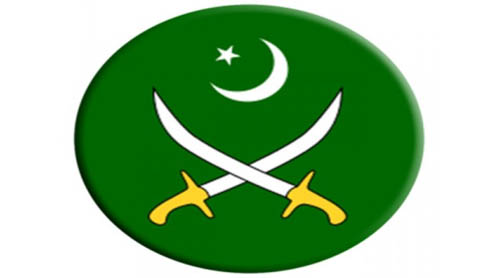 ISLAMABAD: Voicing support for the continuity of democratic process in Pakistan, the military has dispelled the reports that it favours the postponement of the forthcoming general elections.

“Pakistan Army puts its weight behind the democratic process in Pakistan,” said Inter Services Public Relations (ISPR) Director General Major General Asim Saleem Bajwa during an informal interaction with a select group of defence correspondents on Thursday.“The speculative reports that the military wants the postponement of the general polls are absolutely baseless and unfounded,” he said. “Why would the military want to get the polls postponement when everybody in Pakistan wants the conduct of general elections on time?”

General Bajwa reiterated that the military supported free and fair polls like ‘everybody else’. “We will not resort to any action that is extra-constitutional. We support the democratic process as much as every progressive Pakistani does.”Bajwa’s comments came against the backdrop of the perception that the military was reluctant to wage a crackdown on the militants creating sectarian unrest in different parts of the country because it wanted to get the general elections postponed that are to be held in the coming months. “Perceptions are not realities, they aren’t necessarily. Nobody is going to benefit if the general polls are postponed, not the army, at least,” General Bajwa contended.

Commenting on the demand of military intervention in Quetta, the DG ISPR said, “The army has to act within the constitutional parameters. Every organ of the state is bound to follow the constitution of Pakistan. The military is no exception. How can we intervene on our own?”Bajwa said that the decision to impose governor rule in Balochistan solely rested with the government. “Pakistan Army has nothing to do with it.” He said the military would ‘cooperate’ and comply’ with the governments’ instructions in case it was asked to maintain law and order in Balochistan.

“Certainly we would offer our utmost cooperation and duly comply with the federal governments’ instructions if the military is engaged to maintain law and order in Balochistan. But any unilateral action on our part while ‘trespassing’ the constitution is out of question.”Regarding the role of FC in Balochistan, the ISPR chief said, with the creation of 19 to 20 new check posts, the number of FC pickets in Quetta has reached 35. “The FC is a paramilitary force working under the administrative control of the Ministry of Interior. But from the military side, we’re making sure that the incidents like the one that occurred earlier this week are not repeated,” Bajwa referred to the recent deadly attack on Hazara community.

He appreciated the role of media, civil society, political parties and general public during the recent Indo-Pak hostility at the Line of Control (LoC). “The entire nation stood behind us. That’s really heartening and encouraging. “Army cannot do anything without the backing of the people of Pakistan,” he concluded.

Agenceis add: Gen Bajwa said that the armed forces were not in contact with any militant organisation, including Lashkar-e-Jhangvi, and were fighting war against all forms of terrorism in the country. Commenting on the role of Inter-Services Intelligence (ISI), he said that it was operating within its mandate and during the last four months it had carried out 130 intelligence operations in Balochistan and thwarted several terrorist attacks.Bajwa especially mentioned an operation in which 39,000 kg of explosive material was recovered in August last year. When asked about deployment of army in Balochistan, he pointed out that not even a single soldier was deployed anywhere in Balochistan during the last five years. – Nation