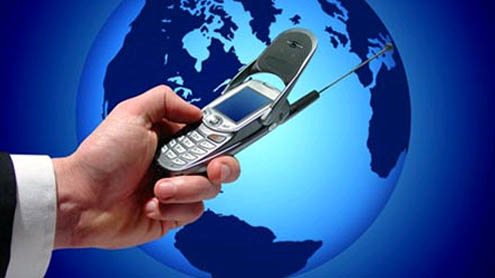 Large Taxpayer Unit (LTU) Islamabad has issued recovery notices to telecom companies for collection of Federal Excise Duty (FED) in sales tax mode in addition to the provincial sales tax levied by the provinces of Punjab and Sindh, resulting in double taxation on telecom sector.

Sources told Business Recorder here on Tuesday that the Chief Financial officers of six telecom companies have made a collective presentation to the Ministry of Finance which has declared notices of LTU Islamabad as illegal and un-constitutional. They have also opined that such double taxation is against the 7th NFC Award and 18TH Amendment where only provinces can legislate and collect sales tax on service including (telecom services).

CFOs of the telecom companies have requested the Ministry of Finance to invite Chairmen Sindh Revenue Board and Punjab Revenue Authority (PRA) for resolution of the issue. According to the presentation of the six telecom companies duly signed by their CFOs, telecom companies have been served with recovery notices by Large Taxpayers Unit (LTU), Islamabad for charging and collection of Federal Excise Duty (FED) in sales tax mode under Federal Excise Act, 2005 as if it was sales tax under SRO 550(1)/2006 dated June 05, 2006 in addition to the provincial sales tax levied by the provinces of Punjab and Sindh.

The FED/Sales tax is charged and collected by the Federation on telecommunication services in sales tax mode, though after 18th Amendment and 7th NFC award the provinces now levy the same. In particular the province of Sindh through The Sindh Sales Tax on Services Act 2011 and subsequently Punjab through The Punjab Sales Tax on Services Act 2012 have also enacted their respective laws for the levy, charge and collection of sales tax (which replaced the FED to the extent of services provided) in Provinces of Sindh and Punjab.

However, the LTU Islamabad has demanded FED from July, 2012 to November, 2012 which is against the legal framework as enacted through 18th Amendment and 7th NEC award and thereby unconstitutional. If both FED and provincial sales lax are to be charged on rendering of telecommunications services, the aggregate charge would be 39 percent (FED of 19.5 percent + provincial sales tax of 19.5 percent) for services rendered in the provinces of Sindh and Punjab only, which we understand is unconstitutional in post 18th Amendment scenario.

The federal government officials on a number of times expressed that after 18th Amendment, only provinces can legislate and collect sales tax on service (including the telecom services). In pursuance of this, FBR has clarified that the Federal Excise Duty (being collected in sales tax mode) have now been subject to sales tax by the provinces though their legislation with effect from, 1st July, 2011. The Federal Board of Revenue through a notification has withdrawn Federal Excise Duty on such services with effect from the same date ie 1st July, 2011 to avoid double taxation, FBR added.

Sources said that the incidence of related FED/ provincial sales tax, which is indirect tax levy, has already been passed on to the cellular mobile subscriber and any further demand of FED/Sales Tax on the same services would be unconstitutional and result in additional cost to the telecom operators, which would be highly detrimental to the business.