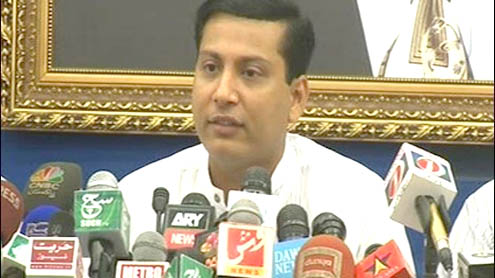 KARACHI: A consensus has been reached between the Muttahida Qaumi Movement (MQM) and Pakistan Muslim League-Functional (PML-F), to appoint MQM leader Faisal Sabzwari as Opposition Leader in Sindh Assembly.

According to details, a meeting of the MQM’s parliamentary committee of the assembly was held at the chambers of the assembly under the chairmanship of Syed Sardar Ahmed.Meanwhile, the MQM also submitted request for the opposition benches in the assembly.It is to be mentioned here that MQM parted its ways with the ruling coalition government of the Pakistan People’s Party (PPP) in the federal and Sindh assembly over withdrawal of cases against Lyari gang war criminals. – PT