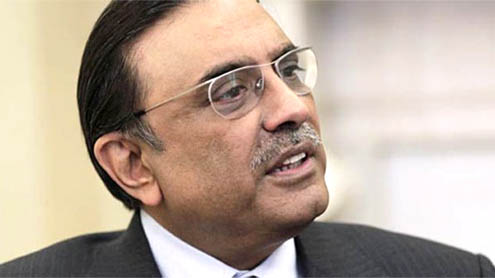 ISLAMABAD: The Transparency International Pakistan has asked President Asif Ali Zardari not to accept the gift of Rs5 billion ‘bullet-proof house’ built for him over 200 kanals in Bahria Town, Lahore, by real estate tycoon Malik Riaz.

TIP Adviser Syed Adil Gilani informed Salman Faruqi, Secretary-General to President Zardari, in a letter on Wednesday that in accordance with the rules and instructions relating to the Conduct of Government Servants (Conduct) Rules 1964, the gift should not be accepted.

Mr Gilani quoted Section 5(I) which reads: “Gifts. (1) Save as otherwise provided in this rule, no government servant shall, except with the previous sanction of the government, accept, or permit any member of his family to accept, from any person any gift the receipt of which will place him under any form of official obligation to the donor. If, however, due to very exceptional reasons, a gift cannot be refused, the same may, under intimation to the Cabinet Division, be kept for official use in the department or organisation in which he is working.”

The TIP adviser said that press reports had not been denied by anyone, and it was therefore assumed that the news about the house built and gifted by Malik Riaz to President Zardari was correct. If the news reports were correct, the Transparency International requested the secretary general of the president to process the gift of house to be transferred to the government of Pakistan.

Mr Gilani’s letter concluded with the stand that the “Transparency International Pakistan is striving to have transparency in procedures and rule of law in Pakistan, which is the only way to eliminate corruption and have good governance in the country.”Copy of the letter has also been sent to the chairmen of the Public Accounts Committee and the NAB, the finance minister and the registrar of the Supreme Court. – Dawn