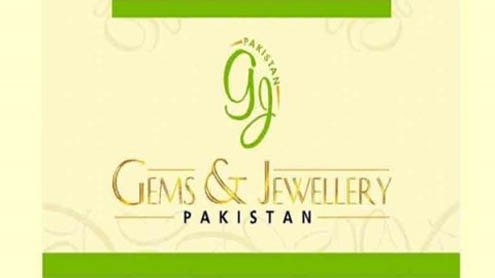 Balochistan is a province with great potential with respect to colored gemstone sector and is famous for its colored varieties of quartz. Gem Exchange center provides all indispensable facilities for gemstone buyers, seller and exporter under one roof so that they can trade, invest and export with maximum confidence.According to official sources, GJTMC impart essential training to the industry and is helping in bridging technological gap prevailing in the industry. Both of these facilities are equipped with state of the art equipment and are successfully serving the industry with vital support, official said.

It is equipped with latest Lapidary Machines, Gemological tools and equipments and carving machines. The prime motive of GJTMC-Quetta is to upgrade the skill and technology of the Gems and Jewellery sector of Balochistan and to provide a platform to the Gems and Jewellery manufacturers and businessmen of the region to avail the manufacturing facilities through state of the art machineries and equipments, resulting in improvement in quality and value addition, leading toward enhancement in exports, official said. As massive swells lumber across the Pacific toward Northern California, nearly two dozen of the world’s best big wave surfers will be waiting to meet them Sunday a half-mile offshore at the infamous surfing break Mavericks.

For the first time since 2010, the Mavericks Invitational surf contest — which requires wave faces of at least 20 feet (six meters)— will occur at the bone-crushing break that has claimed the lives of two expert big wave surfers.Wave forecasters this week saw an excellent mixture of swell, wind, tide and sunny skies. Once the decision was made to run the contest, the call went out to the surfers, giving them a couple of days to pack their boards and wetsuits, and hop a plane.Surfing the wave at Mavericks is a feat that takes athletic skill, experience and nerve.

The swells travel through deep water for five days before hitting a small, finger-like section of shallow reef that juts out into the sea.When the swell meets the reef, the wave jumps upward and crashes back down with a fury, eventually washing through a section of craggy rocks.The takeoff is often so steep that the surfers’ big-wave “gun” surfboards leave the wave face, forcing the surfers to land near the bottom and make a quick turn before being pummeled by the wave’s lip.

The spot — named after the dog of Jeff Clark, who is credited with being the first to surf Mavericks — has earned a nasty reputation. Mark Foo, a legendary big-wave surfer from Hawaii, died while surfing Mavericks in 1994. In 2011, another seasoned waterman, Sion Milosky, died there just weeks after another surfer nearly drowned.This year’s contest will be different: spectators are forbidden access to the beach or bluffs. After a large set of waves crashed into the crowd in 2010, injuring dozens, local officials barred crowds from congregating there.

Also, people congregating on the bluffs and along tide pools during previous contests caused environmental damage.This year organizers have set up a festival at a nearby hotel, featuring a large screen that will broadcast the surfing live. The surfers will hold the awards ceremony there at the end of the contest.The Coast Guard has issued a high surf advisory for the weekend, and is warning people throughout the region to watch for “sneaker waves” and other hazards.