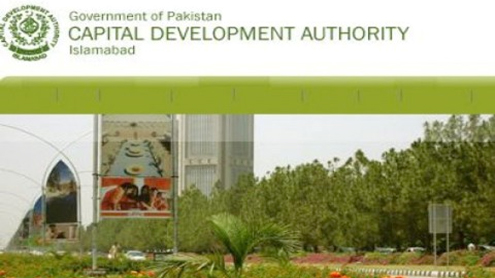 The sealed houses also include a house that was being used as a guesthouse where National Accountability Bureau (NAB) investigator Waqas Ahmed Khan was also residing.As per details, Khan was living in House No.10 located at Street 43 of Sector F-8/1. The house is owned by Abdul Majeed, who had converted the residential unit into a guesthouse in violation of defined rules and procedures.Earlier, during years 2009, 2010 and 2011 show cause notices were served on the owner of the guesthouse by the Estate Management Wing of the Authority asking him to immediately end the land use violation.

A statement issued by the Public Relations Directorate of the Authority said, “Operation against nonconforming use of residential units is carried out as per routine official function and in the light of directions of the Supreme Court of Pakistan and Standing Committees of the Parliament.“The impression made by an officer of NAB that CDA building control team has sealed his residence is totally baseless. The spokesman said the CDA is carrying out across the board operation against the nonconforming use of residential buildings in different areas of the federal capital and it has nothing to do with the dwellers of sealed buildings.” CDA spokesperson said.He said CDA had issued a number of notices to the owner of the guesthouse to end the commercial activities in the residential building, however, the owner continued to operate it as a guesthouse.

During current drive CDA has so far sealed around 20 houses during this drive. Deputy Director Waqas Ahmed Khan is NAB’s investigation officer in the case of multibillion rupees corruption scam of Tauqir Sadiq, former chief of OGRA.During last hearing into the case, Khan had submitted with the apex court a letter written by the Cabinet Division to Chairman NAB Fasih Bokhari. Through the letter, NAB was asked to submit report over the OGRA implementation case after every 14-day.However, the court had remarked it would be an intervention of Cabinet Division in the NAB’s independent, free and fair proceeding. – PT