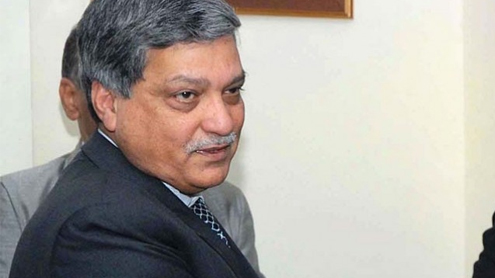 ISLAMABAD: The federal government has appointed retired bureaucrat Abdul Wajid Rana as a member of the Federal Public Service Commission (FPSC) after removing him from the position of finance secretary, unable to sustain the pressure over his ‘illegal appointment.’

The government took the step after Auditor General of Pakistan (AGP) Buland Akhtar Rana termed his appointment ‘illegal’ and, subsequently, the accountant general (Revenues) blocked his salary for the month of January.The decision comes at a time when the country’s economy is in a fragile shape and requires the installation of an able team in the Q Block – the seat of the finance ministry.

Abdul Khaliq has now been given the charge of acting finance secretary. A meeting of the Central Selection Board, scheduled for this week, will likely promote Khaliq to grade 22.Originally, Rana’s appointment as finance secretary was meant to be a one-year contract. Rana – an officer of the influential District Management Group who attained the age of superannuation in November last year – held this position for ten months. The government hired him as the principal officer of the finance division for a year and appointed him as federal finance secretary.

It was during a Public Accounts Committee meeting that the AGP declared Rana’s appointment illegal.Furthermore, the AGP stated that the post of principal officer did not exist at all. The appointment was also in violation of a Supreme Court decision that barred the federal government from hiring people on contract against the regular posts.

At the time of Rana’s appointment as finance secretary, many viewed the government’s move as a reward for him for writing off billions of rupees for the rulers, allegedly by compromising principles of prudent economic management.According to the officials, the government has now appointed Rana as member FPSC for a fixed period of three years. Apparently, President Asif Ali Zardari has appointed Rana on the advice of the prime minister.

A member of the commission cannot be removed from his office without the advice of the Supreme Judicial Council of Pakistan.Furthermore, in January, President Zardari appointed Malik Asif Hayat, who served as principal secretary to the president, as FPSC chairman.Rana was the seventh finance secretary during the tenure of the PPP government.Khaliq was looking after the most important section, the budget wing, and the budget preparations have already gotten a kick-start. – Tribune